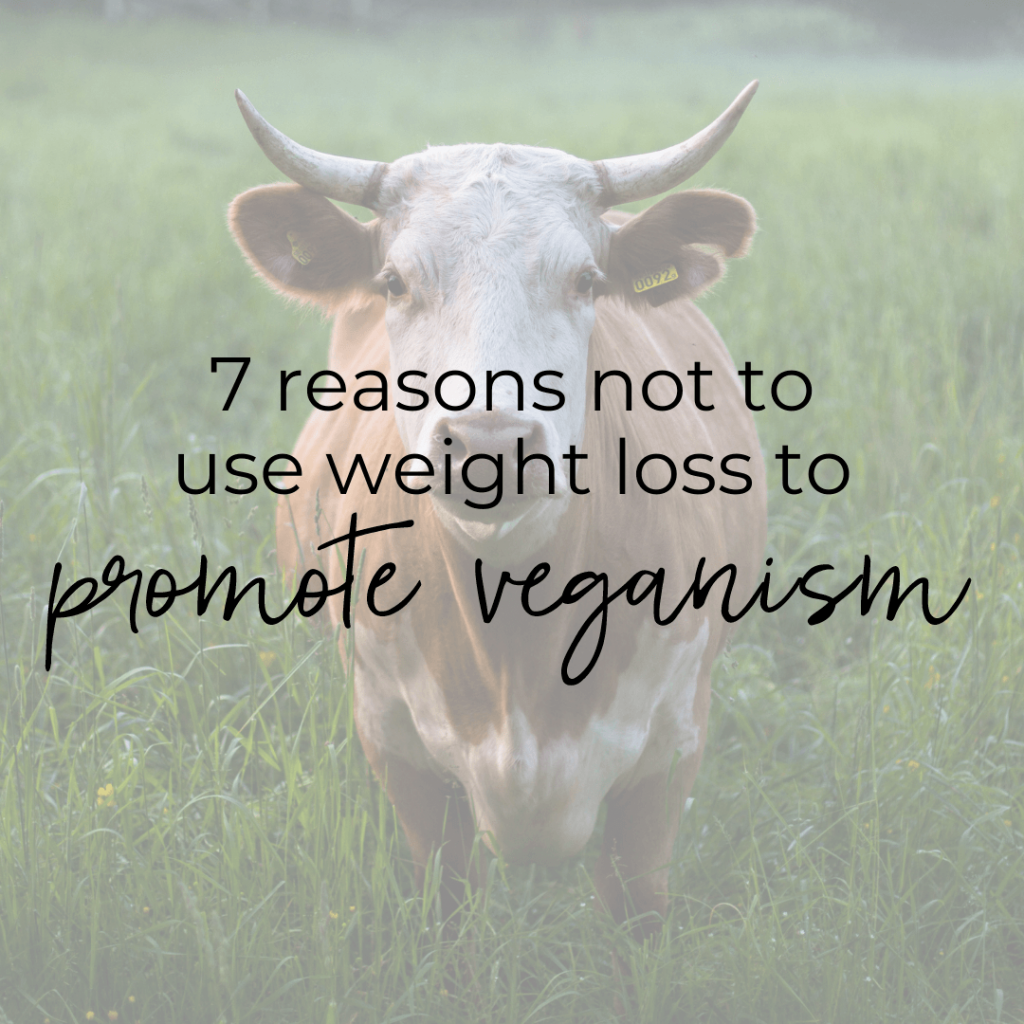 One of my missions as an anti-diet dietitian who also happens to be vegan is to kick diet culture out of the animal rights movement! There is so much weight stigma, healthism and ableism floating around the vegan space and it has got to go.

There are many tactics folks will use to convince people to go vegan. And unfortunately, many of them, such as weight loss, stray from the purpose of veganism — animal liberation.

You might be wondering, “Isn’t getting someone to go vegan, no matter the reason, ultimately good for the animals?” And I understand why you might think that. However, when we take a closer look at how those tactics impact people, I’m not convinced that’s true.

As a long-time vegan and registered dietitian, I believe that when we treat veganism like a diet and push sensational health claims, we’re not creating lifelong activists. We’re creating plant-based dieters, encouraging disordered eating, and furthering healthism and weight stigma in a movement that’s supposed to be about liberation.

Here are 7 reasons why I recommend against using “the weight loss argument” to convince people to go vegan. 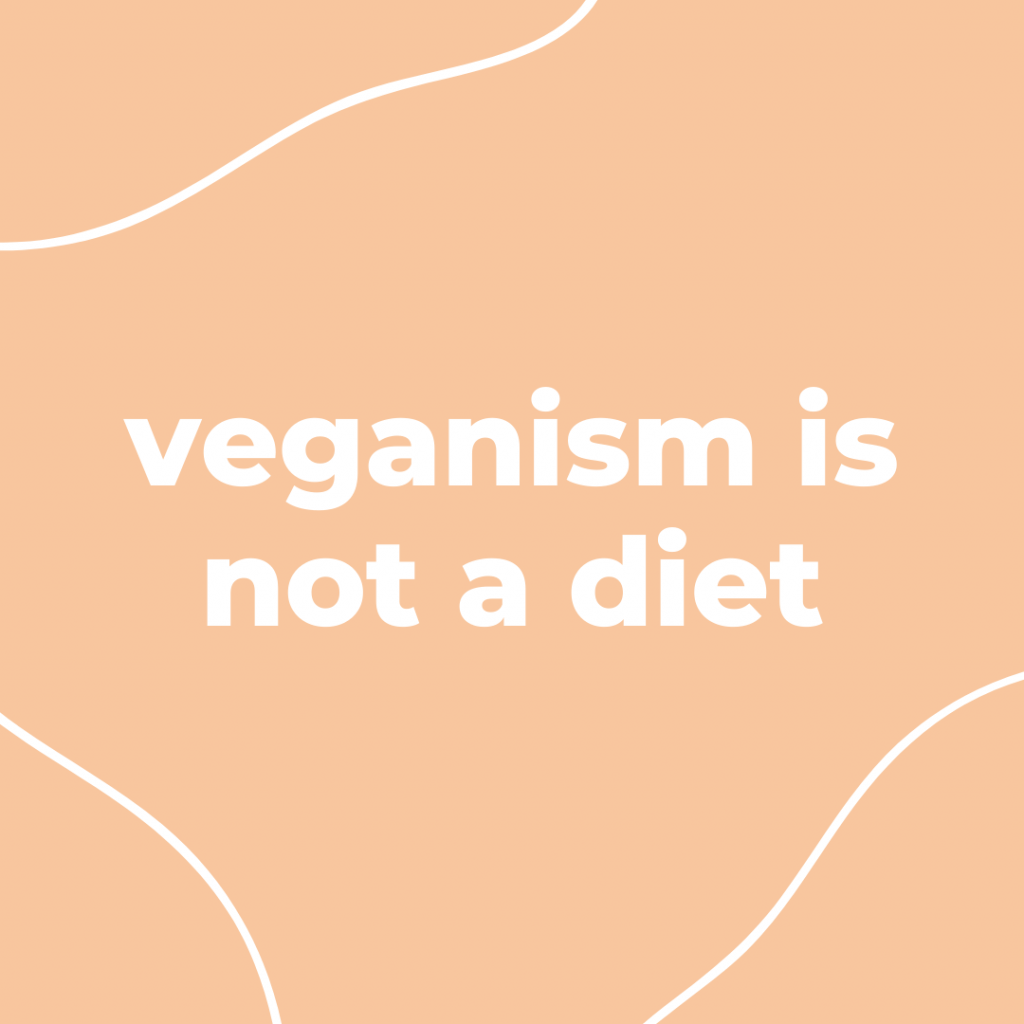 Veganism is not a diet

Because billions of non-human animals are exploited for food each year, food is a major part of a vegan ethic. But that does not make it a diet.

Veganism is an ethical stance against the exploitation and harm of non-human animals that extends far beyond food. It has nothing to do with body size. And animal rights activists have no obligation to be thin.

Dieting is not helpful

Not only does weight loss have nothing to do with animal rights, but dieting itself can be super harmful. Dieting is linked to poorer health and increased risk for eating disorders.

Going on a plant-based diet in which you restrict oil, sugar and processed foods is different from boycotting animal-based foods, among other products and practices, in the name of animal liberation.

You can eat vegan and not be restrictive!

Did you know that you can’t know anything about a person’s health or behaviors just by looking at their size or weight? That’s right. You can’t automatically assume that a larger person is “unhealthy” or that a smaller person is “healthy.”

If this is new information for you (understandably so as this contradicts mainstream misinformation about weight and health), I highly recommend reading this post about why weight loss isn’t the key to health.

So if you claim to care about people’s health and that is your reason for wanting them to be thin, this argument actually doesn’t hold up!

Making assumptions about someone based on their size only reveals your own weight biases and misunderstandings of the relationship between weight and health.

Resist anti-fatness and its racist, patriarchal roots. If you truly want to support peoples’ health, you need to help tear down systems that breed discrimination and inequities.

Weight stigma is an incredibly common form of discrimination, both inside and outside the vegan movement. And discrimination has no place in a movement about liberation.

Not all vegans are thin, nor do they need to be. And not only are fat vegans shamed and ostracized, but making veganism about body size may prevent larger folks from joining the movement at all.

Diversity is a value, not a deficit. When you make crude remarks about fatness, know that your fat family, friends and activists hear you. 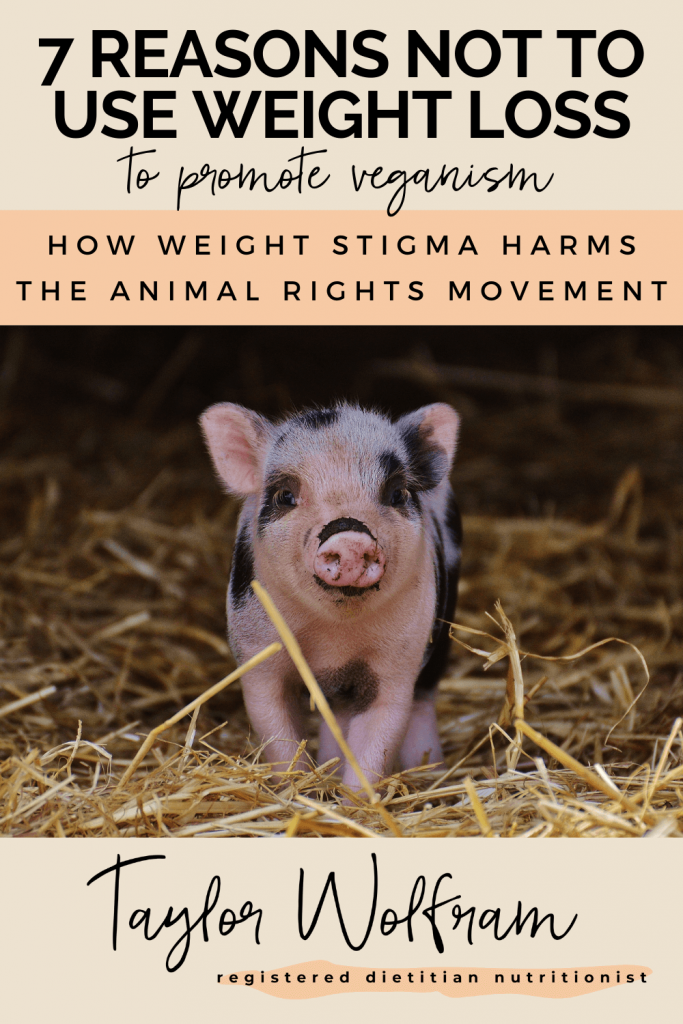 Framing veganism as a weight loss diet distracts from the purpose of this movement: animal liberation. We want to create lifelong activists, not temporary plant-based dieters.

Size discrimination (which you are perpetuating when you promote weight loss) prevents fat activists from doing their best work.

It creates an atmosphere of shame, rather than acceptance. It breeds hierarchy, rather than community. And it perpetuates oppression in a movement that is supposed to be anti-oppression.

Health claims can be harmful

Healthism is also rampant in vegan spaces, thanks to the plant-based diet trend. Equating health with morality or virtue, and framing it as individual responsibility and completely within individual control does more harm than good.

It is true that eating an abundance and variety of plant foods is associated with positive health outcomes. But that doesn’t make plants medicine or mean that eating vegan guarantees perfect health.

Vegans don’t need to be or look “healthy” (whatever that means) in order to be valuable and effective activists.

The animal liberation movement should not perpetuate ableism, but it does. Making promises of plant-based diets curing diseases leaves vegans with those diseases feeling judged and excluded.

Resist saviorism and focus on liberation!

Anti-oppression work must be inclusive

If veganism is to be truly pro-liberation, we need to stop perpetuating discrimination and harm to fellow humans including but not limited to: anti-fatness, ableism, classism, racism, antisemitism and healthism. 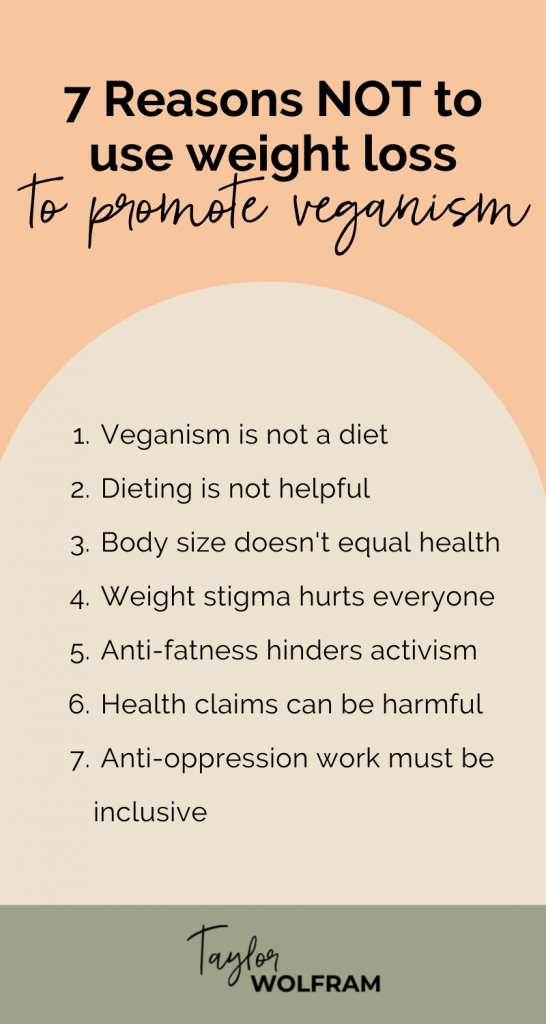 Are you afraid of vegan meats, cheeses and other g

It's holiday week here in the United States with T

Just a few days left in World Vegan Month! 💗 I

Are you a vegan in need of support for eating diso

💬 What does a healthy relationship with food co

Do you know why the omega-3 alpha linolenic acid (

Raise your hand if you're tired of seeing veganism