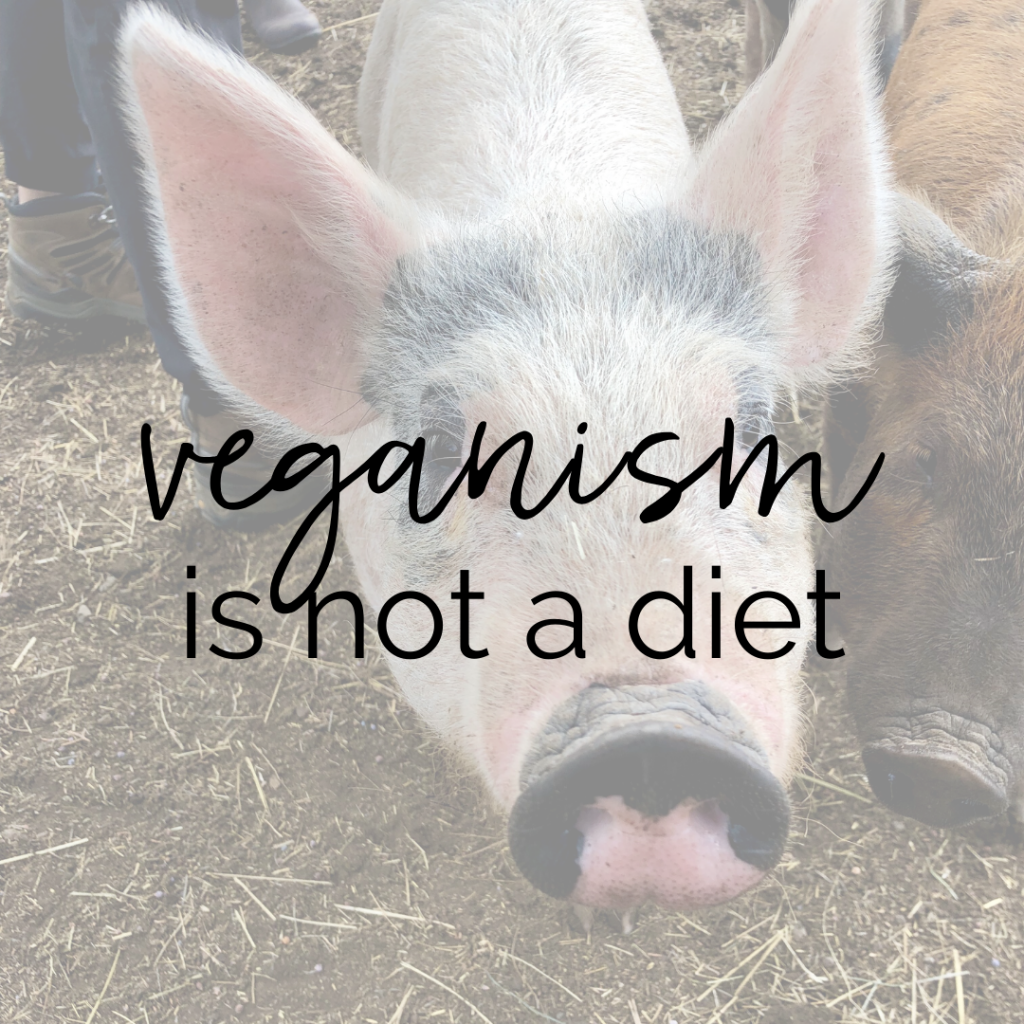 All foods fit. Unconditional permission to eat. Food freedom. No foods off limits.

Sound familiar? These are the mantras of the anti-diet world and they totally rock. But how does veganism fit into that? 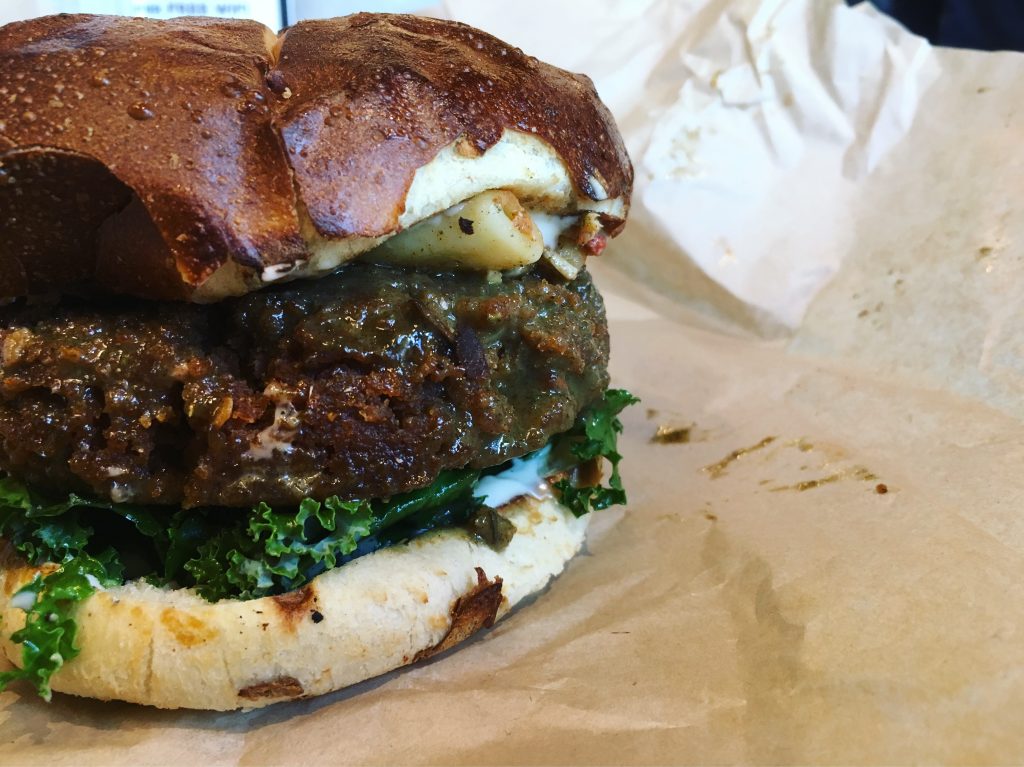 Veganism is not a diet.

Veganism is a lifestyle based on ethics and the belief that animals should not be harmed or exploited by humans. When vegans don’t eat animal products, it’s not because they’re on a diet.

Vegans abstain from consuming animals and their products in the form of food, clothing and cosmetics; vegans eschew products tested on animals; vegans do not attend or support animal-exploitative events or industries or such as rodeos, circuses and zoos. These things have nothing to do with dieting.

Where it can get cloudy is sometimes people with disordered eating or dieting tendencies are drawn to plant-based eating to use it as a way to further restrict food. However, this is usually just about food and typically does not extend to the lifestyle part of veganism. (Check out this post I wrote about the relationship between orthorexia and veganism).

Vegans don’t view animal-based foods as food, so not eating them is not a form of restriction. However, it is possible to be vegan and restrict certain vegan foods, which is a form of dieting. 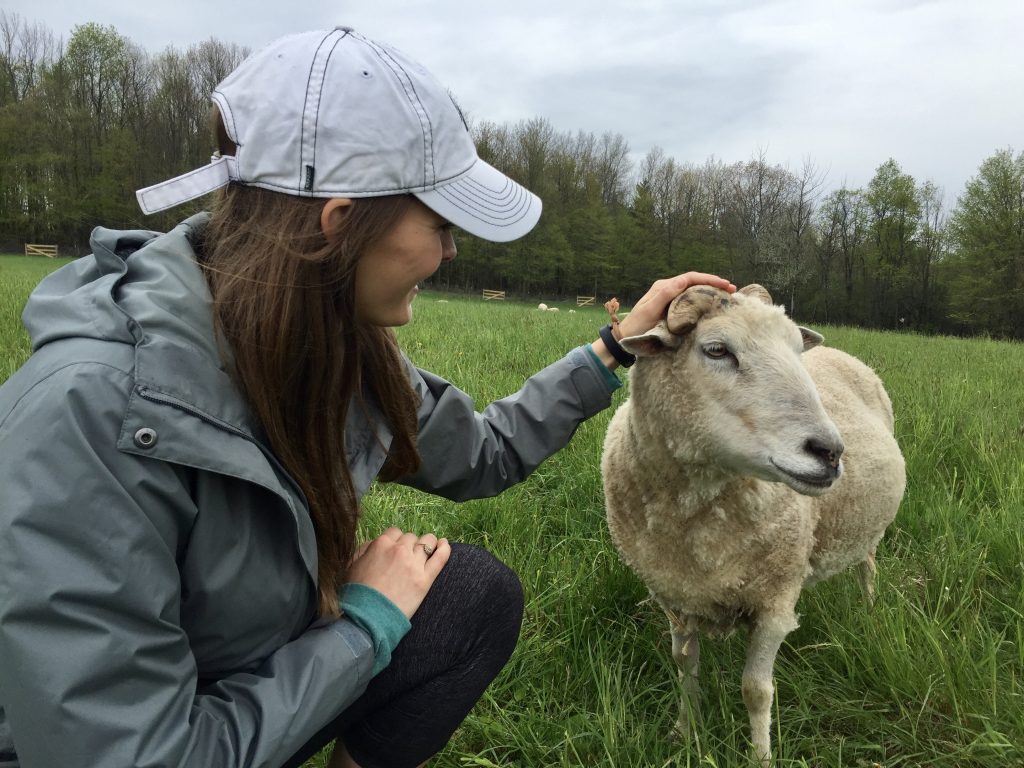 It’s important to have a healthy relationship with food before going vegan.

If you’re thinking about going vegan, first examine your motivations. Is it purely because you love animals or are there some dieting motivations under there? There are loads of health-based claims floating around about plant-based diets and while it is a nutrient-dense way to eat and is associated with lower risk of certain chronic diseases, it is not required to live a happy, healthy life. Eliminating all animal products does not guarantee good health.

If weight loss or restricting certain foods is part of the reason you want to go vegan, I highly encourage you to work with a registered dietitian nutritionist (who specializes in intuitive eating and uses a non-diet approach) to first address those issues.

You’re more likely to stay vegan (and save more animals) if your veganism is not conflated with disordered eating or dieting. 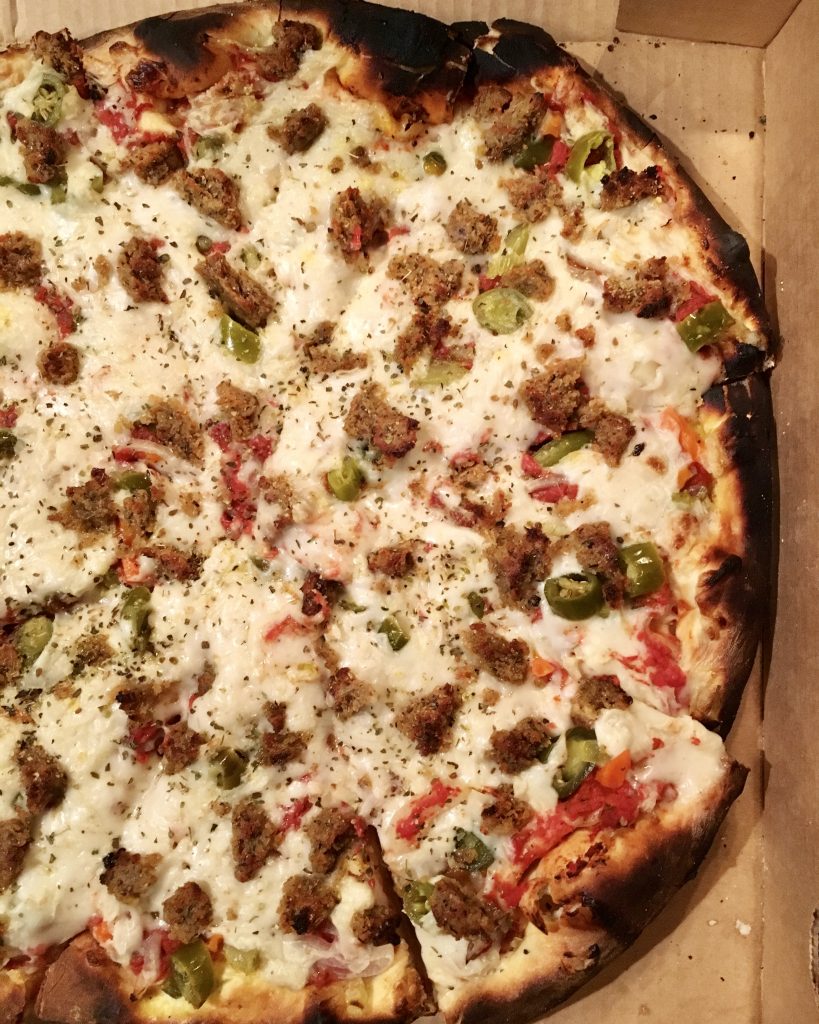 The world of vegan food is expanding at an unprecedented rate and there are loads of vegan versions of animal-based foods (burgers, ice cream, donuts, pizza, etc.). Make sure you’re applying “all foods fit” within veganism and allowing yourself to enjoy those foods when you want them.

What if you’re craving animal-based foods? Try a vegan version of those foods and stock your kitchen with them. If you’re still feeling restricted, it’s probably time to reevaluate your reasons for living a vegan lifestyle.

If veganism is something you’re ethically committed to, volunteering at a farm animal sanctuary can help reaffirm that. Connecting with other vegans is important too.

Being vegan and anti-diet is two strikes against mainstream culture so it can feel extra challenging following this path. Take a deep breath and remind yourself that you’ve chosen this lifestyle out of compassion for yourself, the earth and all other animals. 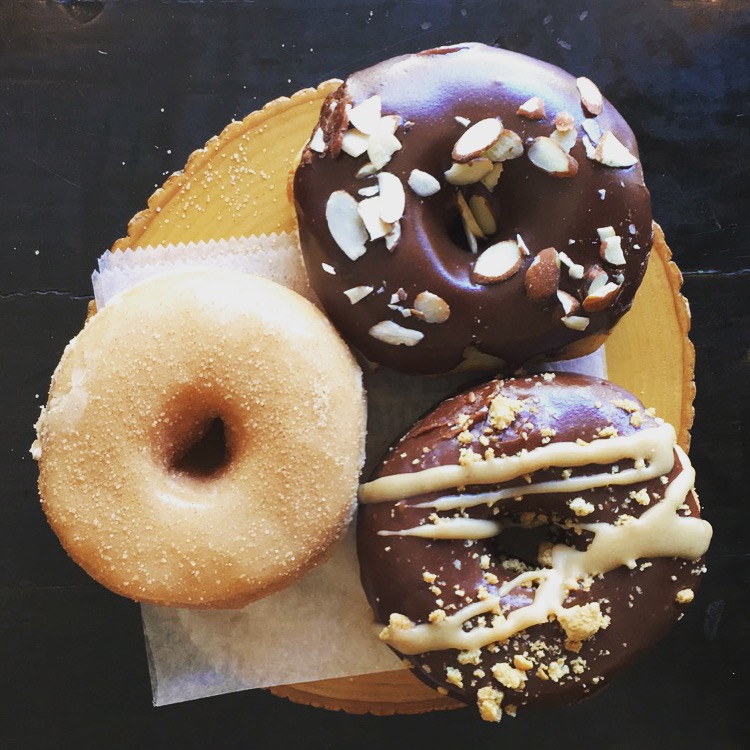