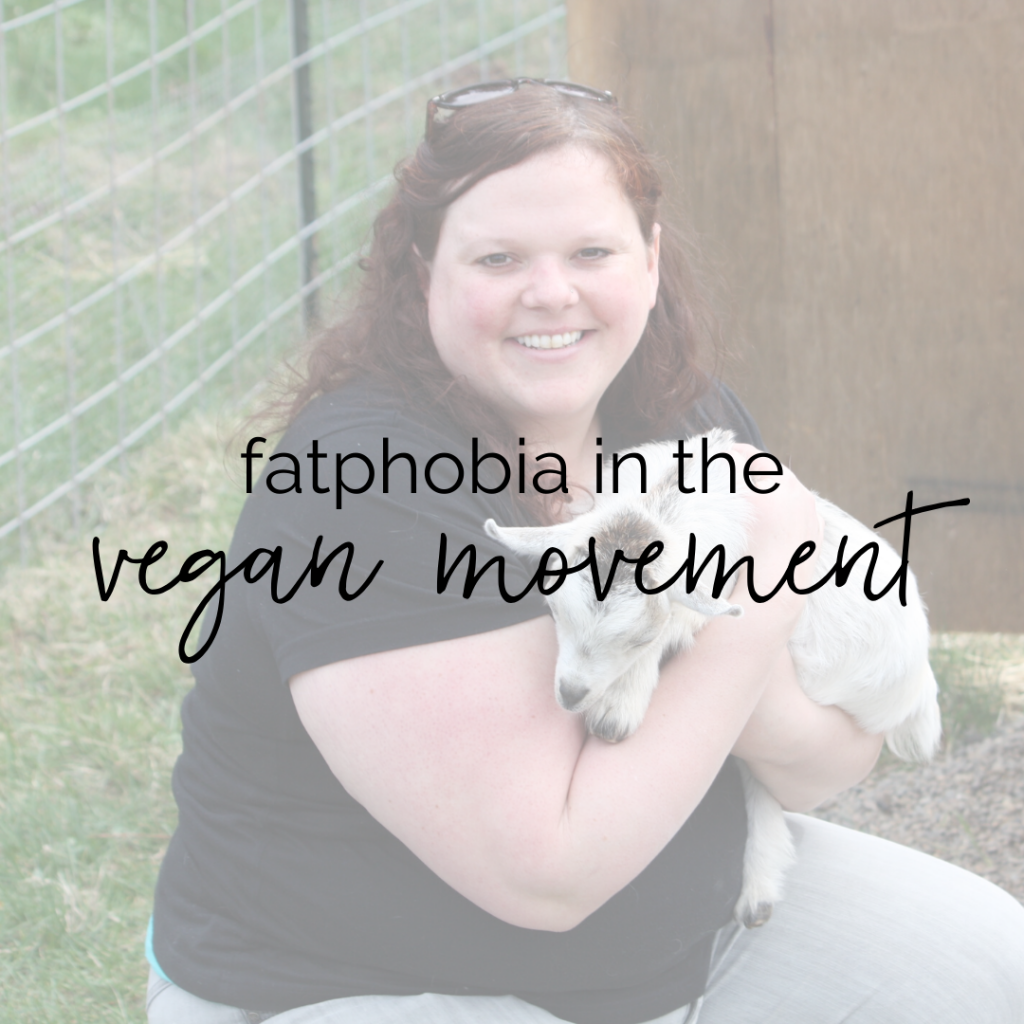 I’m so excited to share this post with you! It’s based on an interview I did with Chelsea Lincoln of Fat Vegan Voice, who has been a vegan fat activist for over 20 years! As a straight-sized person, I want to include voices of those with lived experience as fat people in the animal rights world. Unfortunately, Chelsea’s story is not unique. Fatphobia and size discrimination are rampant in the vegan community. Chelsea was kind enough to share her experiences and insights with me over video chat and I’m delighted to share them with you!

This topic is personally important to me because it’s the intersection of two of my biggest passions: animal liberation and fat liberation!

Unfortunately, some people in a movement based on compassion and liberation of non-human animals fail to apply these same principles to humans.

First things first, let’s get some definitions out of the way.

Veganism: A way of living which seeks to exclude, as far as is possible and practicable, all forms of exploitation of, and cruelty to, animals for food, clothing or any other purpose. (The Vegan Society)

Fatphobia in veganism is when a vegan is discriminated against because of their fatness; also, vegans may target fat non-vegans, ridiculing them for their fatness and telling them they should go vegan to escape their fatness. This can show up in both subtle and overt ways and has distinct overlaps with sexism.

Who is Chelsea Lincoln?

Chelsea has always been fat. She’s been teased for her size since she was a kid. Companion animals were a major source of unconditional love without judgment of her body, and this bond created a pathway to veganism. Connecting with companion animals helped Chelsea realize how emotional and sentient non-human animals are.

She became involved in animal rights activism while she was in college in Eugene, Oregon. In fact, she led the student animal rights organization at her university (I also led the AR group at my uni in Cleveland and had flashbacks to my early activist days during our conversation!). This was in the late 1990’s, when direct action was a main form of activism. Chelsea was on the front lines of protests and demonstrations, speaking up for animals and fighting for their liberation.

Unfortunately, fatphobia and sexism in the animal rights movement significantly hindered her activism.

RELATED: What It Means to be an Ethical Vegan 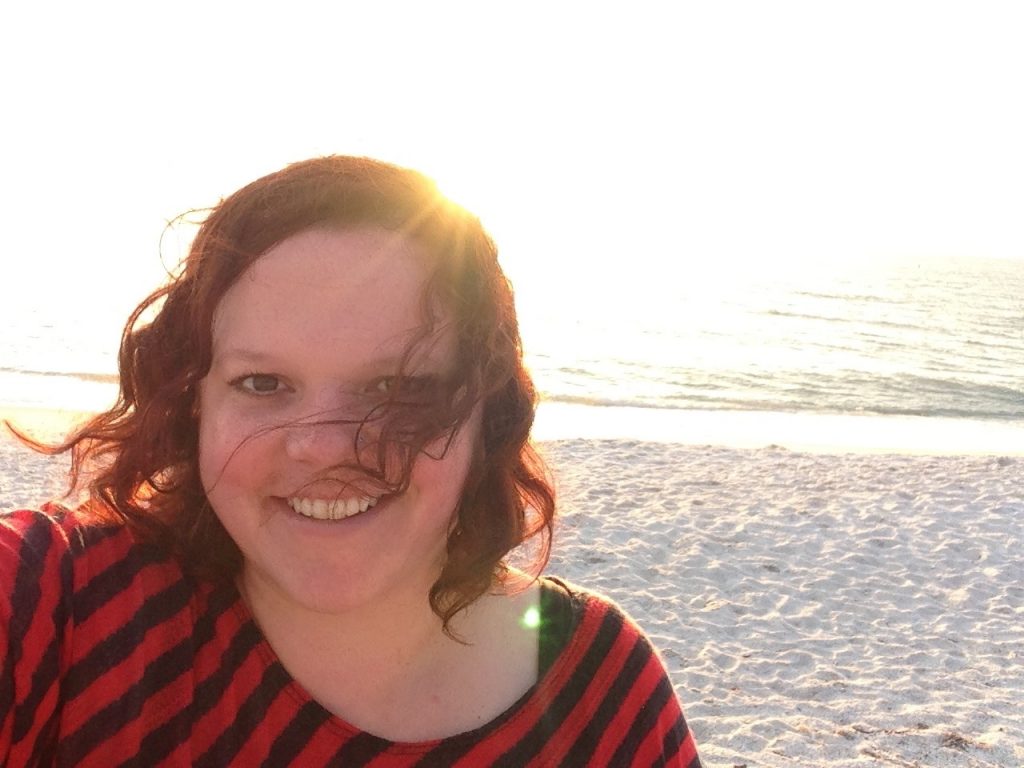 Sexism and Fatphobia in the Animal Rights Movement

Chelsea has been treated differently by both her fellow activists and the public because of her size. One distinct memory involves having hamburgers thrown at her at a protest while enduring fatphobic slurs. Her fellow activists silently stood by, not so much as checking up on her after the attack.

“I didn’t feel included in a movement that I had committed to 100 percent.”

Chelsea has received lots of fatphobic jokes equating her with pigs and whales. Because of this, she feels more connected to these animals and how they’re stereotyped. Working with pigs in particular has been a profound experience for her.

The thin vegan stereotype was used on her countless times. “There’s no way you can be vegan,” was a common remark made by onlookers and passersby as she took a stand for animals.

Behind closed doors, she didn’t feel like she was listened to or taken seriously by fellow activists. She was excluded from decision-making. It began to feel like veganism was a “bro club.” Similar to other social justice movements, Chelsea’s experience was very much that “men led and women organized.”

“Women who were more accepted in animal rights activism were more conventionally beautiful and straight-sized. But even those women’s contributions weren’t as acknowledged as men’s.”

When she brought up her concerns about the sexism and fatphobia she experienced, she was dismissed or received backlash. At one point she even felt hated by fellow activists. She was told “this is about the animals,” as if talking about sexism would take away from animal liberation. She recalls being told by one man in the movement, “I’m not sexist, I’m just an a$$hole to everyone.”

RELATED: Why All Vegans Should Be Weight-Inclusive

As with many fat folks, Chelsea felt at war with her body. She hated it and was constantly trying to change it. Even though there is nothing wrong with fat bodies, because our culture is fatphobic, it’s understandable for fat people to want to shrink their bodies. Chelsea biked a ton, did aerobics and ate as nutritiously as she could.

“I felt like I was doing everything right but my body was still wrong.”

And yet, people still didn’t believe she led a healthy lifestyle or chalked it up to her being an exception. This concept of being a “good fatty” (i.e. actively trying to escape being fat; or, being fat and also very fit) is still very much fatphobic but is a more socially acceptable way to exist as a fat person. However, no one should have to earn respect, no matter their size, appearance or fitness level.

“I realized people didn’t actually care about health and would still discriminate against me.”

Fast-forward and Chelsea now takes health out of the weight conversation and vice versa. This only happened after she learned about fat activism and became a fat activist herself.

RELATED: What is Weight Stigma? 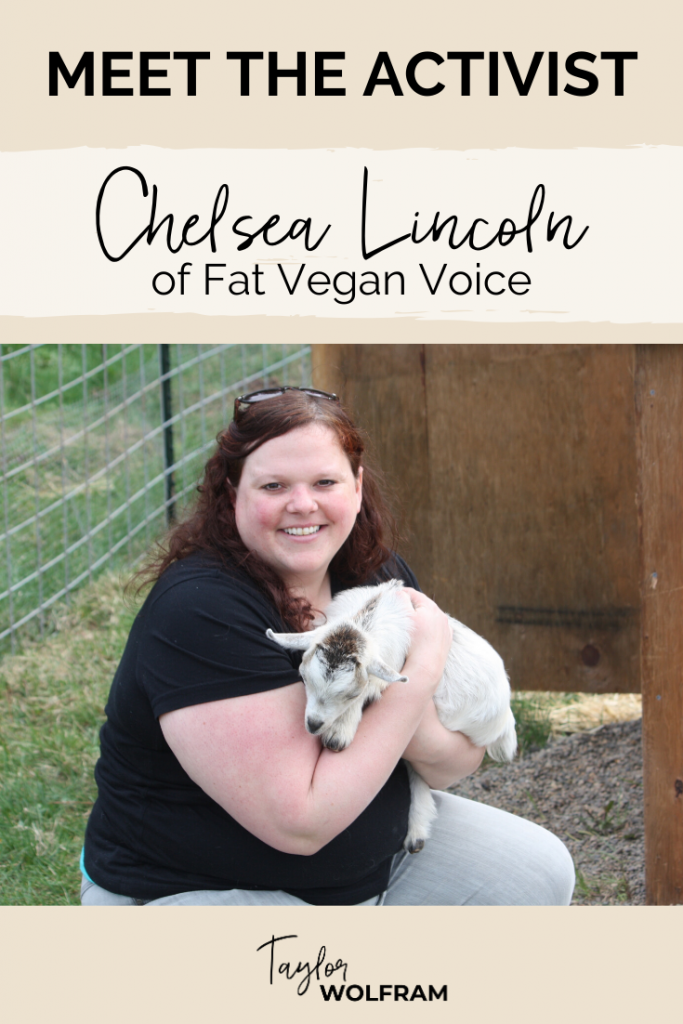 When the sexism and fatphobia in the animal rights community became too much for Chelsea to handle, she got involved in fat activism. Krissy Durden’s zine Figure 8 first helped Chelsea realize that it’s possible to be an activist and fat. Shilo George is another fat activist who made an impact on her.

She started participating in animal rights spaces made up of predominantly female-identifying and queer people. This more inclusive space was a breath of fresh air compared to the toxic masculinity of her previous community. Even still, she found that talking about her experiences with fatphobia were not taken well.

Unfortunately there wasn’t (and still isn’t) much overlap between the animal liberation and fat liberation movements. Which is a shame because these movements have so much in common. Chelsea emphasizes that finding fat vegans and vegans who are fat allies is important.

Chelsea now speaks at vegfests on the topic of fat vegans, body diversity in the vegan community, what people can do to be allies, and why it’s important.

Here is a recording of her panel talk at the 2019 Portland VegFest with Callie Coker of Vegan Warrior Princesses Attack and Andy Tabar of The Bearded Vegans and Compassion Company.

You can also catch a video recording of her talking with Ryan Patey of T.O.F.U. Magazine, Jenny Marie of Jenny Marie: vegan lifestyle blog, and Andy Tabar.

How to Be a Better Fat Ally

If you’re a straight-sized person, take a moment to check your privilege and assess how you could be a better fat ally. Chelsea has some specific pointers for being a fat ally within the vegan community:

6 Things to Know About Fat Shaming Among Vegans

Body Shaming in the Vegan Community 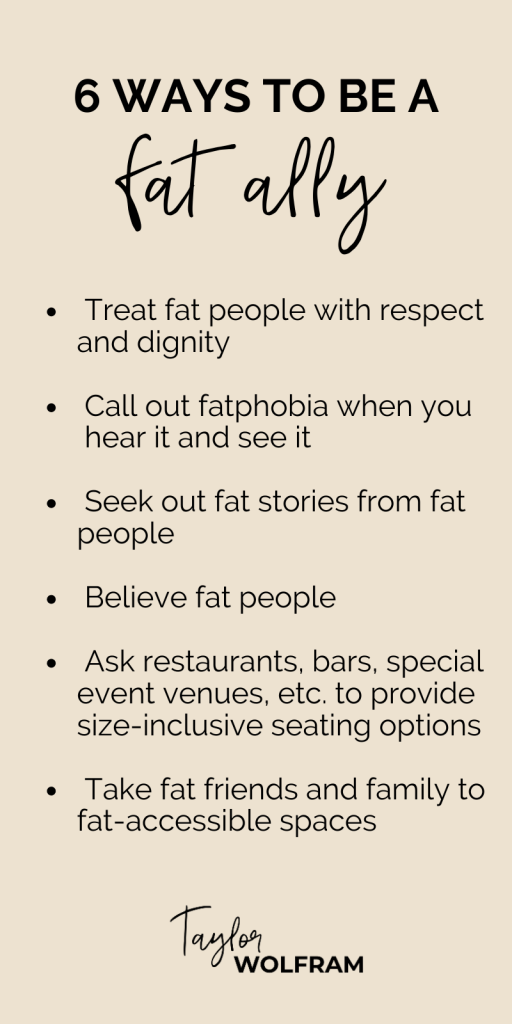