I’m excited to bring you an informative guest post by the wonderful Angela Wortley, fellow vegan non-diet dietitian! One of Angela’s areas of expertise is fibromyalgia, which I know little about. If you ever Googled how to manage fibromyalgia, you may have seen some crazy diet claims. Angela summarizes the research on a variety of diets and helps us sort fact from fiction.

Fibromyalgia is a complex and chronic pain disorder that causes widespread pain, fatigue, and tenderness to the touch. There are many other symptoms of fibromyalgia as well, including headaches and unrefreshing sleep. Fibromyalgia sufferers are also prone to comorbidity with irritable bowel syndrome (IBS), migraines, GERD, TMJ disorder, anxiety, and depression.

With all of these factors, it’s no wonder people who suffer from fibromyalgia are searching for a cure or, at the very least, effective symptom management. Unfortunately, there is no cure as of yet for fibromyalgia, although that doesn’t stop the unsupported claims by health gurus and supplement marketing to those desperate for relief.

Many fibromyalgia sufferers look towards supplements, diet changes, and other therapies when medications aren’t sufficient enough to reduce pain, fatigue, and other symptoms. Let’s take a look at some of the common diets that pop up on Google searches for fibromyalgia and what is actually supported by research to avoid wasting time, money, and potentially harming your health further.

Elimination diets for fibromyalgia may exclude gluten, MSG, alcohol, caffeine, and artificial sweeteners like aspartame. Some go further and eliminate dairy, all grains, all added sugar, nightshades (tomatoes, potatoes, eggplant, and peppers), and other foods. The Whole 30 is a specific elimination diet that claims it helps chronic pain and many other ailments and symptoms.

While elimination diets under the supervision of a qualified health professional like a doctor or dietitian can help pinpoint foods that exacerbate symptoms, strict elimination diets are meant to be for a short period of time only. It’s important to not remove multiple foods forever, which can lead to restrictive eating, food fears, and nutrient deficiencies. The goal with elimination diets is to provide as much variety as possible with foods that are well tolerated. A healthcare provider experienced in digestive health can help you sort out what symptoms may be food-related and what might be functional issues with digestion, which can be tricky to do on your own.

Some people with fibromyalgia who also have IBS or other digestive issues may experience symptom improvement on this diet due to cutting out many carbohydrate sources. This is because certain undigested fibers and carbohydrates may cause diarrhea, gas, or bloating in people with IBS. However, this doesn’t mean all foods with carbohydrates should be avoided. Eating more fruits and veggies is always a great way to improve the quality of your diet, but cutting out whole food groups like grains (which have been shown to have anti-inflammatory and cancer protective properties) and legumes (support healthy gut bacteria and digestive health) is not supported by science.

The ketogenic diet (or keto diet) is currently very popular. There are claims on the internet that this high fat, very low carbohydrate diet is good for a number of ailments, including fibromyalgia. Beyond research on children with epilepsy, who the diet was originally developed for to reduce seizures, there isn’t enough evidence to support any health benefits of the keto diet for other health conditions, including fibromyalgia, at this time.

As well as not being evidence-based for fibromyalgia, the keto diet has risks and pitfalls to be aware of. Food choices are very limited as only 15-20 grams of carbohydrates are allowed per day to maintain ketosis. To put that amount into perspective, that’s less carbs than are in one small banana! This carb restriction means many healthful plant-based foods such as beans, lentils, sweet potatoes, fruit, and whole grains, and thus fiber, phytochemicals, and antioxidants, are severely limited.

Side effects of the keto diet include constipation and other digestive distress, bad breath and body odor, muscle atrophy, electrolyte imbalances, and reduced bone density. This is why children with epilepsy are closely monitored by registered dietitians when following this diet. The required monitoring of food intake and blood or urine ketone levels can also lead to emotional distress and trigger eating disordered behavior in some individuals.

There have been a few (small) studies in which people with fibromyalgia experienced less pain and fatigue on vegan and vegetarian diets. Researchers speculate that this is due at least in part to increased antioxidants from whole plant foods. You can learn more about a plant-based diet and nutrition for fibromyalgia here.

While changing your diet can have health benefits, there are serious risks to going on restrictive diets as they can lead to food obsession, nutrient deficiencies, bingeing, increased stress, and for some people, eating disorders. There is also little to no evidence that some foods these diets eliminate exacerbate fibromyalgia pain and fatigue. Women with fibromyalgia have been found in some studies to be at higher risk of eating disorders than the general population. For this reason, I encourage anyone with fibromyalgia to seek the advice of a non-diet dietitian to develop an individualized eating plan! 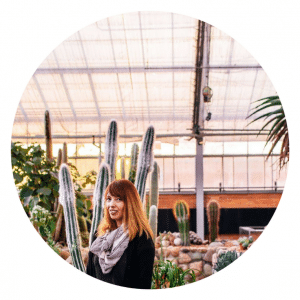 Angela Wortley, RDN is a private practice Registered Dietitian based in Michigan. She specializes in Intuitive Eating and plant-based nutrition to help her clients feel their best, as well as to prevent or manage chronic disease. She has a special interest in helping women with fibromyalgia live well with this painful condition. Learn more and connect with Angela.