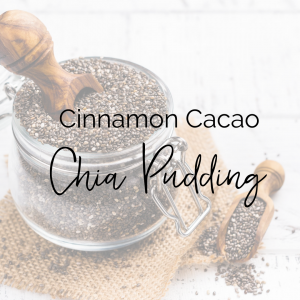 Chia pudding has been all the rage lately–and with good cause. A single tablespoon of chia seeds packs FIVE grams of fiber. That’s 1/5 of what an adult female needs in an entire day! 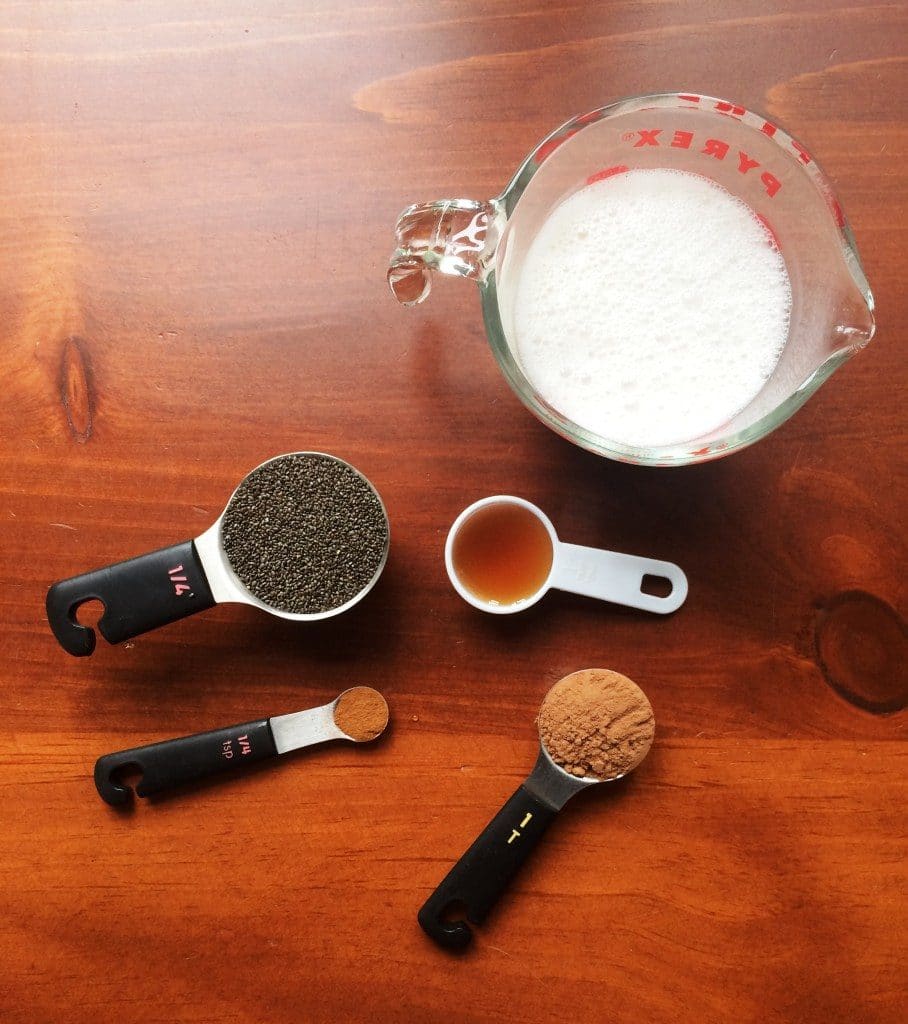 Chia pudding serves as a tasty, filling breakfast that is super easy to prepare the night before–all you have to do is combine some chia seeds with your liquid of choice, stir and refrigerate, and in the morning your pudding is ready to go.

I used to stick to the basic version of chia pudding: chia seeds + almond milk. Sometimes I’d get fancy and top it with fresh raspberries and maybe some shredded coconut, but I never jazzed up the pudding itself. Until now. My beau serves as the inspiration for this recipe–he was in the mood for chia pudding recently and I caught him in the kitchen, tossing in random ingredients. Cinnamon and cacao…uhhh, what is going on in there? Turns out it was delicious. 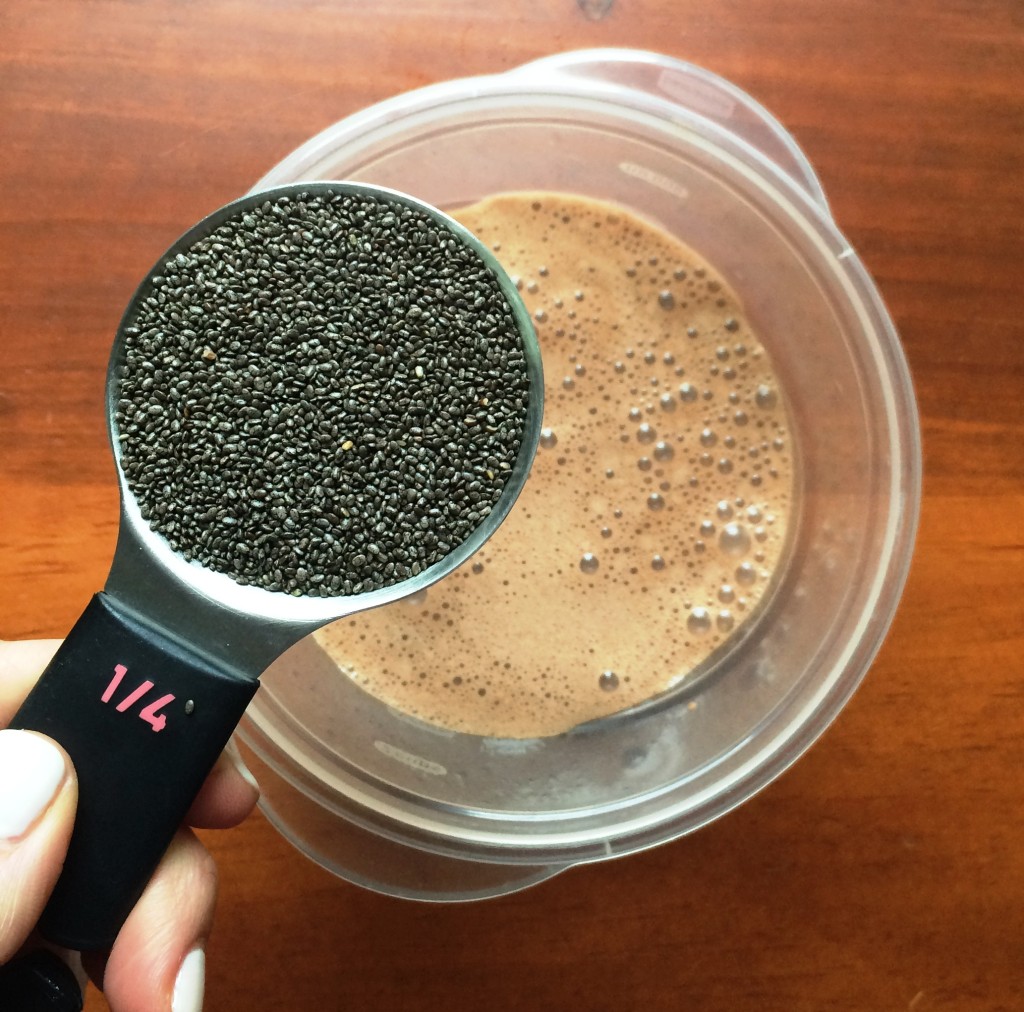 This 5-ingredient cinnamon cacao chia pudding adds more flavor and nutrition to the basic version. Cacao powder is the raw form of chocolate (cocoa)–it is minimally processed and retains many of the nutrients typically lost in processing. Cacao is loaded with antioxidants and other nutrients including minerals, healthy fats, and fiber. Labeled as a “superfood”, cacao has long been admired for its health-boosting properties. In fact, another plant-based dietitian wrote an entire cacao cookbook! Cinnamon is often praised for being anti-inflammatory and “anti-diabetic”. It is true that cinnamon is also full of antioxidants. As far as being a diabetes miracle, the jury is still out. For more info, check out this brief review on the health effects of cinnamon. 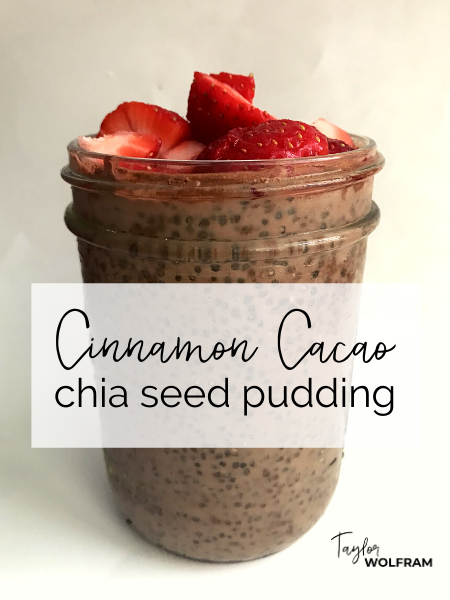 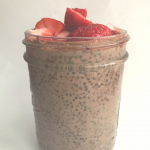