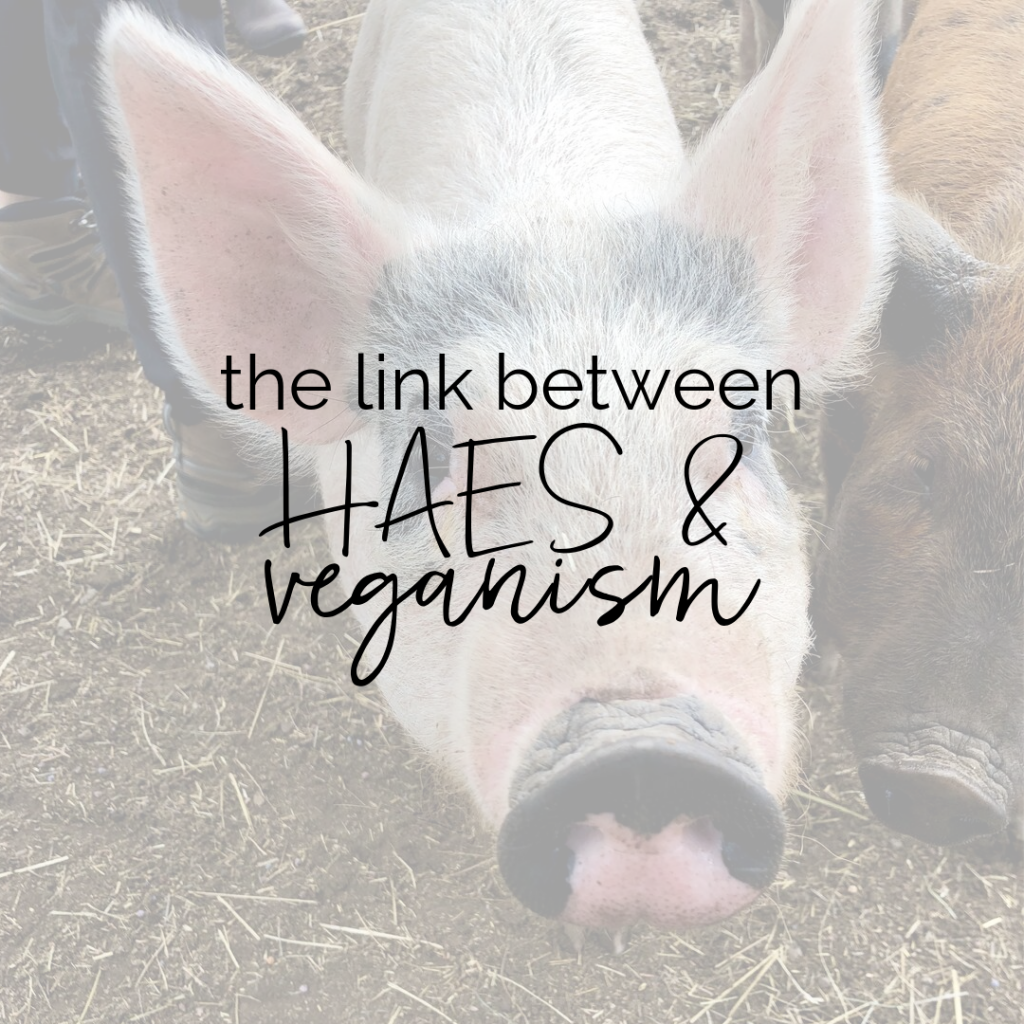 If you’re at all familiar with the philosophies of Health At Every Size® and veganism, you might not think that they have much in common. One is all about humans and the other is all about animals. And, you might even think that veganism is about dieting (which it isn’t).

However, there is one core tenant at the root of both of these causes that brings them together.

Why are we even talking about the link between HAES and veganism? Because they are based on a concept that I’m really passionate about and something that drives many other social justice movements. And that is body autonomy.

What is Body Autonomy?

Body autonomy means you get to choose what to do with your body. You’ve probably heard it discussed in feminist spaces, especially as it pertains to reproductive rights and sexual consent.

Beyond simply choosing what to do with your body, body autonomy is being free from harm or discrimination when you make said choices. And making these choices without force or coercion.

Body autonomy is not a pass to harm others. It doesn’t mean you can go kill someone with no repercussions.

Body Autonomy in Health At Every Size

While “body autonomy” is not mentioned in any of the HAES principles, its essence is present throughout.

HAES stemmed from the fat acceptance and body liberation movement. Body autonomy and respect are important foundations in HAES not just on an individual level, but on a population and political level as well.

HAES is all about supporting people to pursue health in ways they choose. As a health care provider, as a friend or family member, and as a legislator. And, of course, the freedom not to pursue health at all.

Fat people should be able to exist just as comfortably in this world as thin people. Yet they experience weight stigma and discrimination on a daily basis. Microaggressions add up over time and result in reduced quality of life and increased mental and physical health risks.

Body autonomy goes beyond human bodies. Non-human animals also should have the right to body autonomy. This is the basis of veganism — that all animals deserve a life free from exploitation and harm from humans.

As an ethical vegan, I make a serious effort to respect the body autonomy of non-human animals by boycotting industries that exploit and kill them. Such as meat, dairy, eggs, leather, wool, vivisection and so on. Animal industries also exploit humans, especially factory farm and slaughterhouse workers.

If you could live a happy, healthy, meaningful and fulfilling life without infringing on the body autonomy of others, would you do it? You might be thinking “That’s impossible.” Which may be true. But every effort you make to reduce harm to others makes a difference.

To you a meal is just food; but to an animal, it’s their life.

RELATED: 5 Things to Do Before You Go Vegan 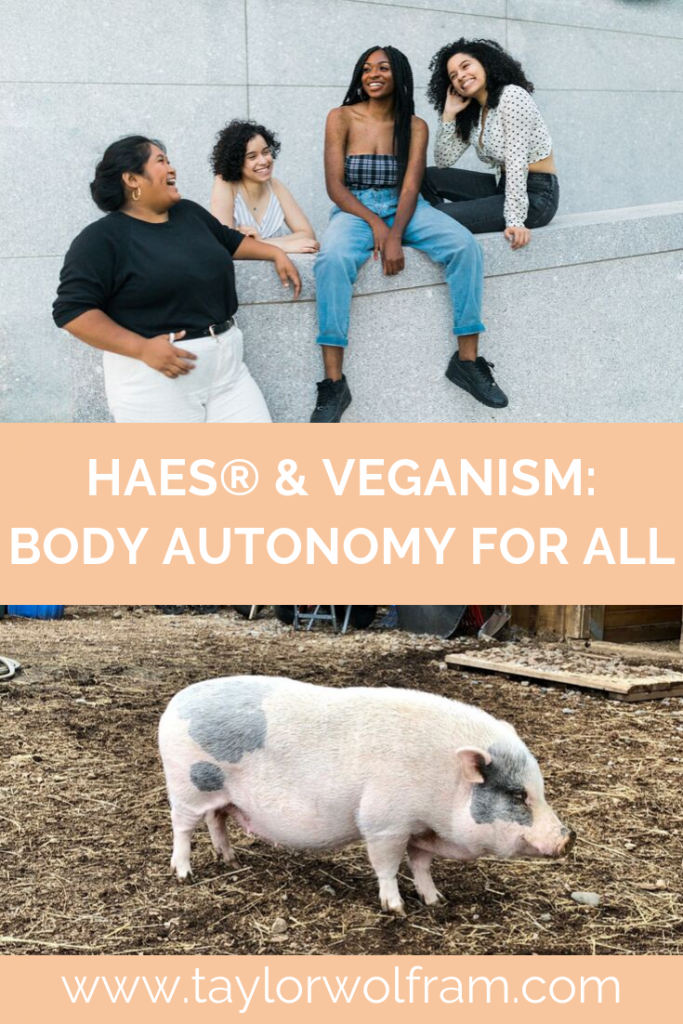 After reading this post, is it more clear how HAES and veganism are connected? They’re both getting at the same thing: freedom to exist as you are without discrimination, punishment or harm. HAES focuses on humans while veganism focuses on non-human animals.

I like to include both humans and non-human animals in my definition of body autonomy and vision for a fair and just world.

Whatever you do today, try asking yourself, “Who does this harm?” And then consider less harmful alternatives. Can you make an effort to harm fewer beings without sacrificing much health and happiness? I’ll bet you can.