Big nutrition news today: the U.S. Food and Drug Administration (FDA) told industry to phase out the use of artificial trans fat, with complete removal from the food supply within three years.

The FDA is taking trans fat off of the “generally recognized as safe” (GRAS) list and declares that removing it from the food supply “could prevent thousands of heart attacks and deaths eat year”.

The Federal Register Notice and press release from the FDA can be viewed here. 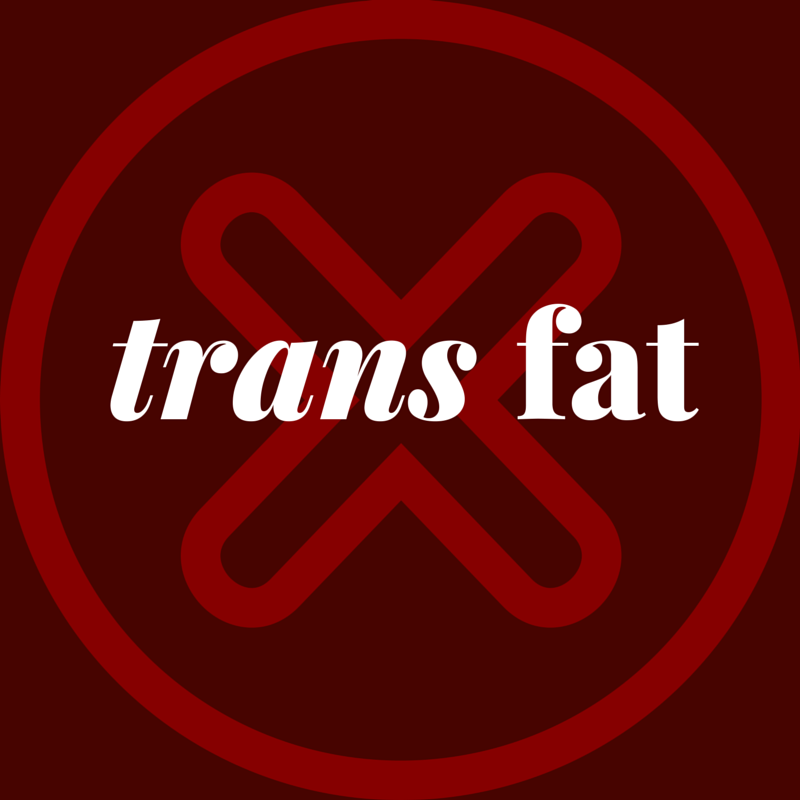 What is artificial trans fat?

Artificial trans fat is formed when you take an unsaturated fat and make it act like a saturated fat by—a process called hydrogenation. When you see “partially hydrogenated oil” listed as an ingredient in a food product, you know that product contains trans fat.

You may remember learning about cis and trans isomers in high school chemistry. These terms refer to the arrangement of atoms in a molecule. While two molecules may look similar, they can behave very differently. Naturally occurring unsaturated fats are in the cis configuration. When unsaturated fats are partially hydrogenated, the hydrogen atoms arrange themselves in a trans configuration, producing linear molecules than can pack closely together and be solid at room temperature.

Why and where is trans fat used?

So why on earth would you want to take a healthy unsaturated fat and turn it into a solid fat? Hydrogenated fats are primarily used for enhanced texture and shelf-life of processed foods. Think of shortening—it’s cheaper than butter and doesn’t require refrigeration. It’s solid at room temperature and melts during baking.

You will mostly find trans fat in processed foods like crackers, cookies and other sweets. Fried foods are also a big culprit. Many restaurants have already gone trans fat-free in light of increasing media attention on the health effects of trans fat. Watch out for those canned tubs of frosting too. Even some plant-based dairy alternatives like tofu-based sour cream may contain trans fat.

The regulation on trans fat labeling is such that if there is less than half a gram of trans fat per serving in the food, then the label can say there are zero grams of trans fat in that product. There are two glaring issues with this. First, many people consume more than just one serving of foods containing partially hydrogenated oils, so they may be unknowingly consuming upwards of a couple grams of trans fat. Second, evidence suggests that even small amounts of trans fats can be detrimental to health.

Why is trans fat bad for you?

The Dietary Guidelines for Americans and the Institute of Medicine recommend consuming as little trans fat as possible. The American Heart Association also encourages Americans to reduce their intake of trans fat. There is no requirement for trans fat—your body does not need it. There are no known benefits of consuming trans fat.

Consuming trans fat increases LDL cholesterol (the bad kind), decreases HDL cholesterol (the good kind) and puts you at an increased risk for heart disease as well as diabetes. An estimated 10,000-20,000 heart attacks could be prevented each year in the U.S. by reducing the consumption of trans fat. One of the earlier studies on the health effects of trans fats estimated that 30,000 premature deaths in the U.S. were caused by the consumption of trans fat each year.

To avoid consuming artificial trans fat, do not consume foods that contain partially hydrogenated oils and limit how much fried food you eat. Get in the habit of reading food labels—the ingredients as well as the nutrition facts panel. Eat food you’ve prepared yourself and when using concentrated sources of fat, choose heart-healthy oils like olive and canola.

What about natural trans fat?

Still have questions about trans fat or want to discuss further? Post in the comments below!