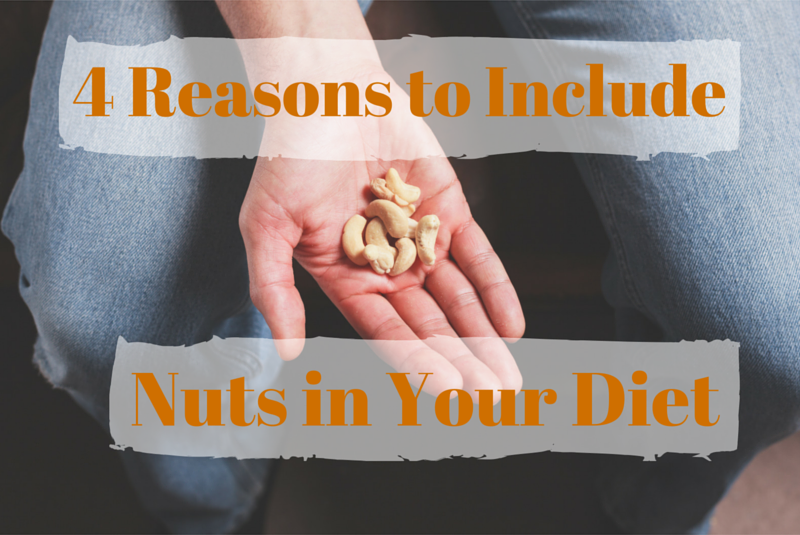 Unfortunately this is nothing new when it comes to the consumer world of nutrition media messaging. Because nutrition science is constantly evolving and new studies are being published every day, it’s easy to cherry pick studies to prove a point. And the number of studies saying one thing versus another isn’t necessarily something to rely on—depending on many factors including study design, sample size and statistical analysis, a single study may be more reliable than 5 others combined.

Nuts are one of the most nutrient-dense foods out there. They pack a punch of protein, fiber and fat and provide many essential =nutrients. I hate to leave peanuts out of this, because they are technically a legume, but they also deserve plenty of love and attention too—they’re rich in the amino acid lysine and are an affordable, versatile protein source. In fact, they were the first meat analog! Here are four benefits you’ll get from eating nuts regularly.

A 2014 meta-analysis of over 300,000 people found that those consuming the most nuts (at least 2 servings per week) had the lowest risk of coronary artery disease. Researchers found a dose-response relationship (read: the more you eat, the lower your risk) between nut consumption and heart disease risk—the risk of developing heart disease decreased 5% with every serving of nuts per week consumed.

A 2010 pooled analysis of 25 studies found that consuming nuts was associated with lower total and LDL cholesterol (the “bad” cholesterol) and lower triglycerides in those who had higher triglycerides to start with. Again, a dose-response relationship between amount of nuts consumed and lipid outcomes was observed.

A 2015 meta-analysis of randomized controlled trials (the strongest type of intervention study) found that nut consumption significantly reduced systolic blood pressure in those with type 2 diabetes. People with diabetes are already at an increased risk for heart disease, so this is important. Evidence showing an inverse relationship between nut consumption and the risk of type 2 diabetes is limited and thus doesn’t make this list.

Increase Satiety of Meals and Snacks

Nuts have a positive effect on satiety—they help you feel full and satisfied after you eat them. In studies that allowed participants to eat whatever they wanted, people didn’t tend to gain weight when they added nuts to their diets, even if they were consuming more calories as a result.

Satiety is an important factor for enjoying meals and having a healthy relationship with food. The more satisfied you are after a meal, the less likely you are to engage in bingeing behaviors like you would be if you didn’t eat a satisfying meal. Rather than counting calories, focus on making your meals satisfying!

Another 2015 meta-analysis of over 350,000 people found a significant inverse relationship between nut consumption and mortality from all causes and specifically from cardiovascular disease and cancer. A single serving of nuts per week was associated with a 27% lower risk of cardiovascular disease mortality (the likelihood of dying from heart disease).

A 2015 analysis of data from the Physician’s Health Study (of over 20,000 male physicians) found that those who consumed at least 5 servings of nuts per week had the lowest mortality risk.

Finally, a good reason to eat nuts is they provide us, especially vegans, with the nutrients we need (see the table below). Other than seeds, walnuts are one of the few plant-based foods that are rich in the omega-3 essential fatty acid ALA and Brazil nuts are exceedingly rich in selenium.

Nuts are tasty and nutritious morsels that can be eaten alone or added to a variety of foods. Try topping your oatmeal or cereal with chopped walnuts, adding sliced almonds to your salad or mixing some cashews into your stir-fry.

Hey folks! 👋🏼 I am starting my "maternity le

When you hear the phrase "mindful eating" what com

In case you needed this reminder: carbohydrates an

As a vegan registered dietitian, I feel compelled

Continuing with the nutrition theme during the mon

In case you missed my stories last week, I shared